The Commodore Awards are presented annually with recipients receiving a cash award and an engraved crystal bowl. To nominate a colleague, go online to InfoReady

The Staff Awards Selection Committee reviews all applications. The two awardees are announced at Spring Staff Assembly. Each award consists of $5000 and an engraved crystal bowl.

Regular full-time staff members with at least 10 years of consecutive Vanderbilt University service at time of submission may be nominated for the award. Previous recipients of the Commodore Awards are ineligible. The division/department point person or delegate of vice chancellor, associate vice chancellor, dean, vice provost, or similarly situated role may nominate.

Previous recipients of the Commodore Awards may not win a second time.

During the nomination period, Division/Department Point Persons, using a link to the online nomination application form, will describe how the nominee achieved one or more of the following: 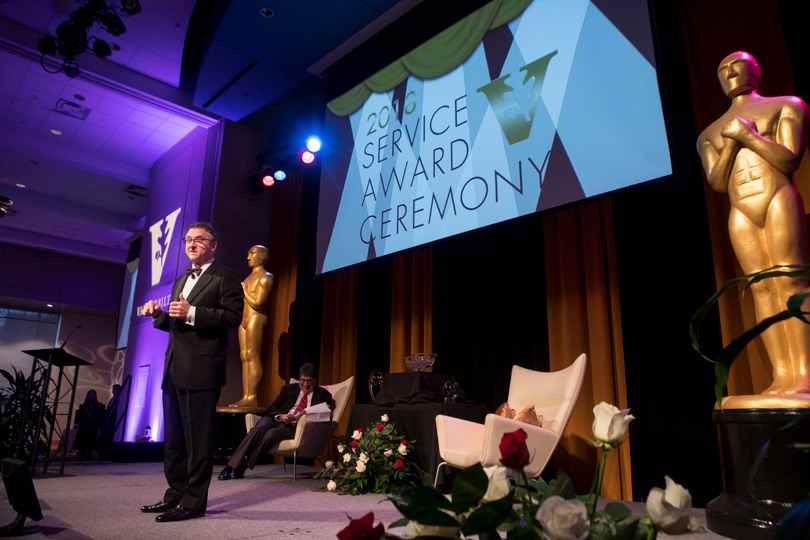