The policy of Vanderbilt University is to require all employees to report all known or suspected violations of the Federal False Claims Act (“FFCA”) or the Tennessee False Claims Act (“TFCA”)(collectively referred to as “FCA”), as described below. A person violates the FCA by knowingly submitting, or causing another to submit, false claims for payment of government funds. Examples of violations of a FCA are (i) submission of a claim to Medicare for payment for services not rendered, or (ii) falsification of a time and effort report in connection with a claim for reimbursement from government grant. It is also the policy of Vanderbilt University that persons reporting such suspected violations (sometimes referred to as “whistleblowers”) will not be retaliated against (as defined in Section III. below) for making such reports in good faith.

B. TFCA (located at T.C.A. §418103) states, in part, that it is a violation of State law for any person to knowingly present to the State of Tennessee or political subdivision a false claim for payment or approval or who knowingly makes or causes to be made a false record in order to get a false claim paid by the State of Tennessee. A violation of the TFCA can result in a civil penalty of not less than $2,500 and not more than $10,000 for each false claim, plus 3 times the amount of damages sustained by the State or political subdivision. Unlike the FFCA, it is a violation of the TFCA for a person to make an inadvertent submission of a false claim and, later, fail to disclose or report the inadvertent submission after discovering the error.

II. Reporting a Known or Suspected Violation of FFCA or TFCA

A. An employee is expected to report any known or suspected violation of either the FFCA or the TFCA to the employee's supervisor, department head or chair, the University Compliance Officer, or to the 24-hour Confidential Help Line for the University at (866) 783-2287.

In making reports to either the Confidential Help Line, the caller may make a report anonymously. The compliance helplines have no call identification or number recognition capability.

B. An employee may also report known or suspected violations of the FFCA to the OIG hotline, (800) 424-5197, by email at hotline@oig.doc.gov, or visit the website at www.oig.doc.gov.

Vanderbilt prohibits retaliation and will take no adverse action against persons for making such reports in good faith (“whistleblowers"), even if the report turns out not to be correct. Retaliation and adverse action include the following: discharge, demotion, suspension, harassment, denial of promotion, transfer or in any other manner discriminating or threatening to discriminate against a staff member in the terms and conditions of the employee’s employment 1 . Any employee who believes that he or she has been subjected to or affected by a retaliatory conduct for reporting a suspected violation of a FCA or for refusing to engage in activity that would be a violation of a FCA should report such retaliation to the University Compliance Officer. The appropriate Compliance Officer will be responsible for investigating such report or referring the report to the appropriate University office for timely investigation.

This policy is intended as a guideline to assist in the consistent application of University policies and programs for employees. The policy does not create a contract implied or expressed, with any Vanderbilt employee, who are employees at will. Vanderbilt reserves the right to modify this policy in whole or in part, at anytime, at the discretion of the University. 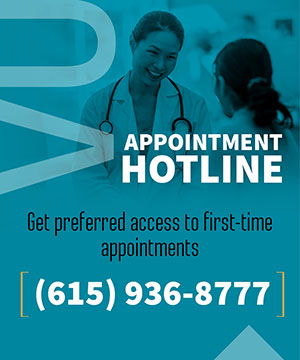